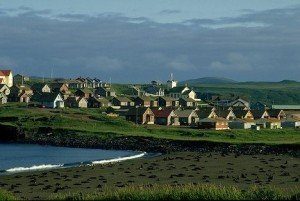 St. Paul is located on a narrow peninsula on the southern tip of St. Paul Island, the largest of five islands in the Pribilofs. It lies 47 miles north of St. George Island, 240 miles north of the Aleutian Islands, 300 miles west of the photo Alaska mainland, and 750 air miles west of Anchorage. It lies at approximately 57d 07m N Latitude, 170d 16m W Longitude. (Sec. 25, T035S, R132W, Seward Meridian). St. Paul is located in the Aleutian Islands Recording District. The area encompasses 40.3 sq. miles of land and 255.2 sq. miles of water.

The Pribilofs were discovered in 1786 by Russian fur traders. They landed first on St. George, and named this larger island to the north St. Peter and St. Paul Island. In 1788, the Russian American Company enslaved and relocated Aleuts from Siberia, Atka and Unalaska to the Pribilofs to hunt fur seals; their descendants live on the two islands today. In 1870, the Alaska Commercial Company was awarded a 20-year sealing lease by the U.S. Government, and provided housing, food and medical care to the Aleuts in exchange for seal harvesting. In 1890, a second 20-year lease was awarded to the North American Commercial Company, however, the fur seals had been severely over-harvested and poverty ensued. The 1910 Fur Seal Act ended private leasing on the Islands and placed the community and fur seals under the U.S. Bureau of Fisheries. Food and clothing were scarce, social and racial segregation were practiced, and working conditions were poor.
During World War II, the Pribilof Aleuts were moved to Funter Bay on Admiralty Island in Southeast Alaska as part of the emergency evacuation of residents from the Bering Sea. Unlike other Aleutian residents, they were confined in an abandoned cannery and mine camp at Funter Bay. In 1979, the Aleut Islanders received $8.5 million in partial compensation for the unfair and unjust treatment they were subject to under federal administration between 1870 and 1946. In 1983, Congress passed the Fur Seal Act Amendments, which ended government control of the commercial seal harvest and the federal presence on the island. Responsibility for providing community services and management of the fur seals was left to local entities. $20 million was provided to help develop and diversify the Island economy – $12 million to St. Paul and $8 million to St. George. Commercial harvesting on St. Paul ceased in 1985. Ownership of fur seal pelts is now prohibited except for subsistence purposes.

St. Paul is predominantly Aleut, with a small Eskimo and Indian population. Although subsistence has not historically been the focus of the local culture, today halibut and seal are shared and exchanged with relatives living in other communities for salmon and reindeer. The Russian Orthodox Church plays a strong role in community cohesiveness.

The federally-controlled fur seal industry dominated the economy of the Pribilofs until 1985. St. Paul is a port for the Central Bering Sea fishing fleet, and recent port and harbor improvements have fueled economic growth. The local commercial halibut fishery got its start in 1981, and a Trident Seafoods crab processing plant was built in 1989. 30 residents hold commercial fishing permits for halibut. Cold storage was also recently completed. Unisea and Icicle fish processors operate near the harbor, and up to nine offshore processors are serviced out of St. Paul. Fur seal rookeries and more than 210 species of nesting sea birds attract almost 700 tourists annually. The community is working to develop eco-tourism. There is also a reindeer herd on the island, from a previous commercial venture. Residents subsist on halibut, fur seals (1,645 may be taken each year), reindeer, marine invertebrates, plants and berries.

Water is supplied by wells and an aquifer and is treated. There are three 200,000-gallon storage tanks, and a total capacity of 3 million gallons per day. All 167 homes and facilities are connected to the piped water and sewer system and are fully plumbed. An ocean outfall line was recently added for seafood processing waste. The City collects refuse, and has started a solid waste reduction and recycling program. A landfill, incinerator, sludge and oil disposal site have recently been completed. A new $3 million power plant is nearing completion. A small wind turbine provides power and hot water to the village office and a greenhouse, but it is not connected to the power grid.

St. Paul is accessible by sea and air. The State-owned gravel runway is 6,500 feet in length, and is undergoing major improvements. Regularly-scheduled flights are provided, under Visual Flight Rule conditions. Most supplies and freight arrive by ship. There is a breakwater, 700 feet of dock space, and a barge off-loading area.

The climate of St. Paul is arctic maritime. The Bering Sea location results in cool weather year round and a narrow range of mean temperatures varying from 19 to 51. Average precipitation is 25 inches, with snowfall of 56 inches. Heavy fog is common during summer months. 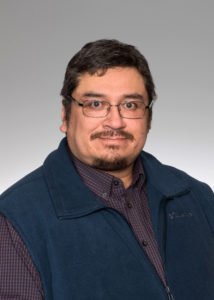