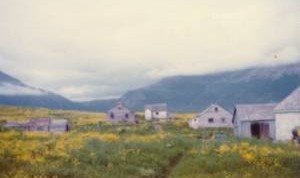 Russians originally settled Natives at Belkofski in 1823 to harvest the large concentration of sea otters inhabiting the area’s reefs. At the height of this exploitation, Belkofski was one of the most affluent villages in the area. In the 1880s, there were three stores, and residents imported building materials and furniture from San Francisco. The Holy Resurrection Russian Orthodox Church was built. When the otter industry diminished at the turn of the century, so did the population of Belkofski. Remaining residents trapped. Cash employment in the Pribilofs, King Cove or Sand Point lured residents away from the village. When the last of the Belkofski residents moved to King Cove in the early 1980s, they took the church’s bell and icons with them and built a new Orthodox church at King Cove.

Belkofski is a summer fishing camp, used by King Cove residents and other area Unanga.

There are no stores or businesses in the village.

Of the four unoccupied homes in Belkofski, two have individual wells and septic systems with plumbing. There is no community-wide electrical generation system.

Belkofski is accessible by boat or seaplane. It has no harbor, dock, boat-landing facilities, airstrip, roads or vehicles.

Belkofski lies in the maritime climate zone. Temperatures range from -13 to 78. Snowfall averages 56 inches and precipitation is 33 inches per year. 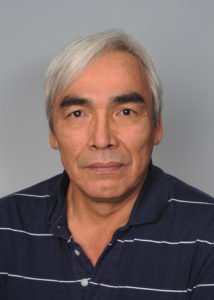