Photo courtesy of the Division of Community & Regional Affairs

Akutan is located on Akutan Island in the eastern Aleutians, one of the Krenitzin Islands of the Fox Island group. It is 35 miles east of Unalaska, and 766 air miles southwest of Anchorage. It lies at approximately 54d 08m N Latitude, 165d 46m W Longitude (Sec. 11, T070S, R112W, Seward Meridian.) Akutan is located in the Aleutian Islands Recording District. The area encompasses 14 sq. miles of land and 4.9 sq. miles of water. Akutan lies in the maritime climate zone, with mild winters and cool summers. Mean temperatures range from 22 to 55. Precipitation averages 28 inches per year. High winds and storms are frequent in the winter, and fog is common in the summer.

Akutan began in 1878 as a fur storage and trading port for the Western Fur & Trading Company. The company’s agent established a commercial cod fishing and processing business that quickly attracted nearby Unangan to the community. A Russian Orthodox church and a school were built in 1878. Alexander Nevsky Chapel was built in 1918 to replace the original structure. The Pacific Whaling Company built a whale processing station across the bay from Akutan in 1912. It was the only whaling station in the Aleutians, and operated until 1939. After the Japanese attacked Unalaska in June 1942, the U.S. government evacuated Akutan residents to the Ketchikan area. The village was re-established in 1944, although many villagers chose not to return. This exposure to the outside world brought many changes to the traditional lifestyle and attitudes of the community. The City was incorporated in 1979.

Akutan is a fishing community, and is the site of a traditional Unangan village. Approximately 100 persons are year-round residents; the majority of the population are transient fish processing workers that live in group quarters.

Water is supplied by a local stream and dam, originally constructed in 1927. Water is treated and piped into all homes. Funds have been requested to develop two new water catchment dams, and construct a new 125,000-gal. water storage tank and treatment plant. Sewage is piped to a community septic tank, with effluent discharge through an ocean outfall. Refuse is collected three times a week; a new landfill site and incinerator were recently completed. The village recycles aluminum. Trident Seafoods operates its own water, sewer and electric facilities.

Boats and amphibious aircraft are the only means of transportation into Akutan. A dock is available, but there is no harbor. A small boat mooring basin may be completed in 2002. Plans are underway to develop a large boat harbor; construction will begin in 2004. The State Ferry operates from Kodiak bi-monthly between May and October. Cargo is delivered weekly by freighter from Seattle; the village owns and operates a landing craft, the M/V Akutan. Akutan has no airstrip due to the steep terrain, however, a seaplane base is available. Daily air service is provided from nearby Unalaska. High waves may limit accessibility during winter months.

Akutan lies in the maritime climate zone, with mild winters and cool summers. Mean temperatures range from 22 to 55. Precipitation averages 28 inches per year. High winds and storms are frequent in the winter, and fog is common in the summer. 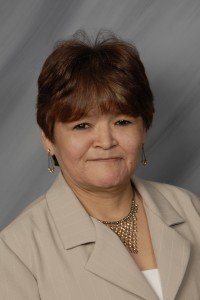