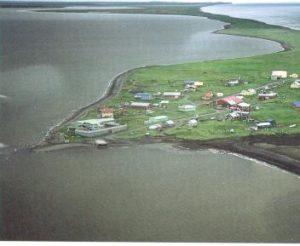 Nelson Lagoon is located on the northern coast of the Alaska Peninsula, on a narrow sand spit that separates the lagoon from the Bering Sea. It is 580 miles southwest of Anchorage. It lies at approximately 56d 00m N Latitude, 161d 00m W Longitude. (Sec. 25, T048S, R077W, Seward Meridian). Nelson Lagoon is located in the Aleutian Islands Recording District. The area encompasses 135.3 sq. miles of land and 61.4 sq. miles of water.Nelson Lagoon lies in the maritime climate zone. Frequent and dramatic weather changes occur, with a constant prevailing wind of 20 to 25 MPH. Temperatures average 25 to 50, with a range from -15 to 75. Snowfall averages 56 inches, with a total annual precipitation of 33 inches.

Nelson Lagoon has been used historically as an Unangan summer fish camp. The resources of the lagoon and nearby Bear River are excellent. The lagoon was named in 1882 for Edward William Nelson of the U.S. Signal Corps, an explorer in the Yukon Delta region between 1877 and 1920. A salmon saltery operated from 1906 to 1917, which attracted Scandinavian fishermen, but there has been no cannery since. In 1965 a school was built and the community began to be occupied year-round.

The culture is focused on commercial fishing and subsistence activities. There is a strong community pride and loyalty among the residents, with a desire to maintain their lifestyle with slow, monitored growth and development that can be well managed by the residents.

Nelson Lagoon is situated in the middle of a rich and productive salmon fisheries area. 24 residents hold commercial fishing permits, primarily salmon gillnet. Subsistence activities balance the seasonal nature of the fishery. Some trapping occurs. Plans for a small seafood processing and cold storage facility have been discussed for some time. A feasibility and environmental study will be completed in 2002.

Water is derived from a lake about 10 miles from Nelson Lagoon and is treated. Water storage capacity is 600,000 gallons. All homes are connected to the piped water system. Individual septic systems enable households to have complete plumbing. A new washeteria was completed in August 1999. The water system needs major improvements, including repair of the distribution system and a new storage tank. There are no garbage collection services, but a landfill is available.

Nelson Lagoon is accessible only by air and sea. A State-owned 4,000′ gravel runway serves regularly-scheduled flights. A new dock, boat ramp, a harbormaster’s office and warehouse were completed in the mid-to late 1990s. Some freight is landed at the Peter Pan Seafoods dock, 30 miles away at Port Moller.

Nelson Lagoon lies in the maritime climate zone. Frequent and dramatic weather changes occur, with a constant prevailing wind of 20 to 25 MPH. Temperatures average 25 to 50, with a range from -15 to 75. Snowfall averages 56 inches, with a total annual precipitation of 33 inches. 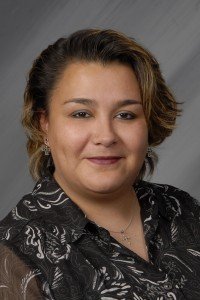